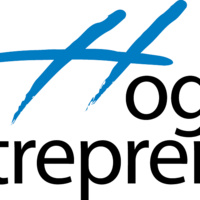 Joe and Kristen were both born and raised in Kailua on the Hawaiian island of O’ahu. With Kristen’s background in customer sales and accounting and Joe’s passion for the `ukulele, this dynamic husband-wife team has been creating and sharing Hawaiian masterpieces since 1998.

Joe Souza grew up with the ‘ukulele played kanikapila-style, family and friends sitting around singing and playing at the beach or at home. In 1990, Joe was working as a firefighter and was given the opportunity to apprentice under the late Peter “Uncle Pete” Bermudez, master luthier. Joe says he has a hard time accepting Uncle Pete’s admiration when he says; “Now you are the master”. Just another incredible accomplishment, Joseph Souza “Master Luthier”.

As Joe continued polishing his skills in playing and now crafting the ‘ukulele, he met and married the lovely Kristen Slavish. Shortly after purchasing their first house together, Joe set up his ‘ukulele shop, bought a bandsaw, and Kristen joined him to found Kanile’a ‘Ukulele in 1998. Born literally in a garage. They specialize in standard to professional grade musical instruments. Each `ukulele is finely handcrafted using the highest grade, well-seasoned wood and scaled to produce a perfect intonation.

In 2006, Kanile’a had outgrown the garage and Joe and Kristen moved the shop to its current location where they continue to innovate and implement state-of-the-art machinery and practices. They now arrive to 2020, 22 years later; the company has continued to grow expanding from 1,500 sf to over 7,000 sf of manufacturing. Kanile’a ‘Ukulele opened their 3,000 sf flag ship store in Windward Mall in October 2020. The new store is a home for their beautiful retail space, offices and recording studio. With the help of now full-time Kaimana, `Iokepa, and Kahiau, who are Joe and Kristen’s three sons, the Souza Family continues to inspire the soul.

Also, they wanted their family business to thrive, generation to generations so they acquired a parcel of land on Hawai`i Island, a small track of rainforest primarily of koa and `ōhia lehua trees. Reforest Hawai`I was created in July of 2014, which is managed by Kristen. They dubbed it Nani `Ekolu to represent their three sons (Kaimana, Lokepa and Kahiau), the three surrounding mountains (Mauna Kea, Mauna Loa and Hualālai) and the Three Greatest Things (Faith, Hope and Love). With a purpose driven passion, Reforest Hawai`i’s initial goal is to plant 195,000 endemic trees, which represents the 195 countries around the world.

Suppose you are interested and would like to join the session, RSVP with Trisha. She will send you the meeting information.

This event content is powered by the Localist Community Event Platform.

Login to Chaminade University of Honolulu

Login to interact with events, personalize your calendar, and get recommendations.